Publishers and businesses that rely on Facebook for referral traffic are up in arms. Mark Zuckerberg’s announced a retooling of the Facebook News Feed algorithm. And its leading to claims about the death of Facebook as a referral tool.

But is this really the case? We take a look into how to survive the Facebook News Feed Algorithm update. 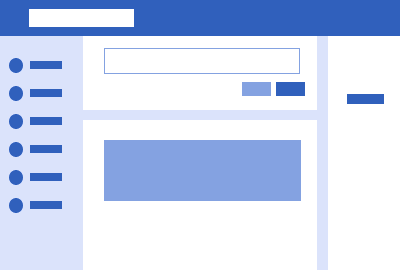 Facebook is changing their algorithm from a focus on providing content, to encouraging more social interaction. In short, this is accomplished by populating your news feed with more of your friends and family – and less content from brands.

This presents a major roadblock for many businesses and publishers on the social media site. Facebook has established itself as one of the top players in referral traffic. In 2015, they even surpassed Google for a while. Soon they dropped back to second, but stayed close.

Last year, however, Facebook’s referral traffic saw a significant drop. They’re still second to Google, but the gap is widening. Combining this drop in traffic with the News Feed update is leading to brands seeking out other referral sources.

Facebook has become a referral traffic giant. So it seems odd that they would change their algorithm in a way that doesn’t favour brands. Their justification is that they’re focusing on user experience over brand experience. But first and foremost, the Facebook changes are to save their own brand.

The past couple of years, Facebook has come under fire from popular media. The social media site stands accused of causing and spreading social problems. The way they show content now leads to an echo chamber effect. People are fed the same ideas over and over, reinforcing concepts without being aware of opposing opinions.

The Facebook echo chamber effect is said to have contributed to a rise in:

It’s hardly the legacy Facebook is hoping to create. As a major social influencer, they are trying to take responsibility for their societal impact. This past December they even published a post about how spending time on social media can be bad for us.

Passive social media usage leaves users feeling worse. An example of passive consumption on Facebook is scrolling through the News Feed without engaging with their friends and family’s posts. For a passive consumer, social media is a one way conversation.

Active social media usage on the other hand, actually saw improvements in well-being. Examples of active consumption include interacting with friends on Facebook by sharing or engaging with posts, messages and photos. An active consumer is part of a greater dialogue.

“Our big focus in 2018 is making sure the time we all spend on Facebook is time well spent.” -Mark Zuckerberg, Facebook CEO

From a social perspective, this is great, but is it at the expense of the brands who rely on Facebook?

One of the clearest points about Facebook’s algorithm update is that organic posts from brands will have less reach. So far, publishers and businesses have focused on the negatives of this. But, with the right adjustments, brands may be able to benefit. There’s no need to jump ship just yet.

Those practiced in SEO are familiar with how Google’s Penguin algorithm update changed how to create successful SEO content. That update is analogous to the new Facebook update. Both having the goal to reduce spammy tactics and improve user experience. Brands didn’t abandon Google, but they did have to adjust their tactics. Today, brands that adapted are finding more success, since they don’t have heavy competition from sites that use spam tactics.

As an example, one of the other purposes of Facebook’s update is to reduce the amount of spam and click-bait users see – conceptually similar to what Google was doing to improve their search results.  With Facebook and Google alike, this mostly just hurts brands that use spam tactics.

Finding a way to survive and thrive in the upcoming Facebook News Feed update relies on adaptation. Brands need to focus on adapting to the changing focus of Facebook, as well as learning to incorporate paid social media marketing.

One of the key factors in adapting to the update is understanding its expected results. The expectation is for shorter, more frequent, and more positive engagement with Facebook. Yes, that means less content and fewer ads will be seen. But it’s also intended to result in more meaningful engagement when they are seen.

That means engagement with your ads and posts is more meaningful and valuable. 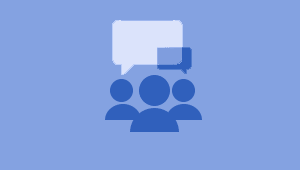 If you look at a successful organic social media plan, the first thing you’ll likely notice is the volume of posts. One of the biggest strategies in social media has been to post a lot. Facebook’s update is pushing away from this strategy.

Post volume won’t cut it anymore on Facebook. In the earlier example, we discussed that Facebook is trying to reduce spam and click-bait. Both of which are examples of high-volume, low-value posting. Instead, posts with a high level of engagement will earn more visibility.

Comments, shares, and likes on your Facebook posts are more important than ever. So it’s important to make high-quality content users want to read and interact with. 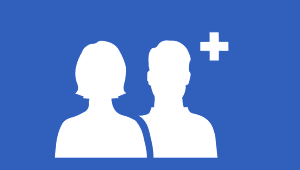 Follower strategy has always been important for sharing content on Facebook. But the update amplifies the need. To increase the reach of your posts, you need followers – and you need followers who actively engage with your page and/or posts.

A popular strategy is incentivizing people to follow your brand, and giving them a reason to engage. For example, having offers that are only available to followers who interact with specific posts can attract followers, and keep them active. This could include early access to content or ‘follower-only’ discounts. Facebooks ads can help to ramp up your follower strategy. 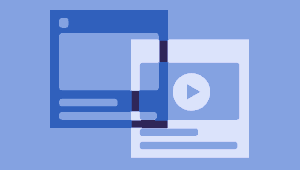 With the changes coming to News Feed, Facebook ads are playing a more important role than ever. For one, running boosted posts or ads directing users to your Facebook page may be necessary to be discovered by new followers and get your organic posts seen.

But it’s not just about promoting your organic posts. Ultimately, even if everything is done right, less organic posts are being shown overall. Running paid ads on Facebook is going to be the best, most reliable way for brands to engage their customers.

Fortunately, the improved user experience should, theoretically, improve the impact and engagement with your ads. Facebook advertising is going to be the biggest factor in salvaging referral traffic on social media.

If your company wants to keep their Facebook page as a source of traffic and profit, you need the help of digital marketing specialists. At Pedestal, our Pay-Per-Click (PPC) experts have proven success with social media marketing, including Facebook advertising. Get in touch today for a complimentary digital marketing assessment and discover how Pedestal will help your business thrive online.

Aaron Levenstadt completed his degree in Statistical & Data Science at Stanford University. That focus has given him an unparalleled data-driven approach to search engine digital marketing. Prior to founding Pedestal Search, Aaron worked at Google at the company’s headquarters in Mountain View California. At Google he worked on the Organic Search, Paid Search and Google Analytics products, which equipped him with extensive knowledge of the mechanisms driving Google’s algorithm and other internet search engines.